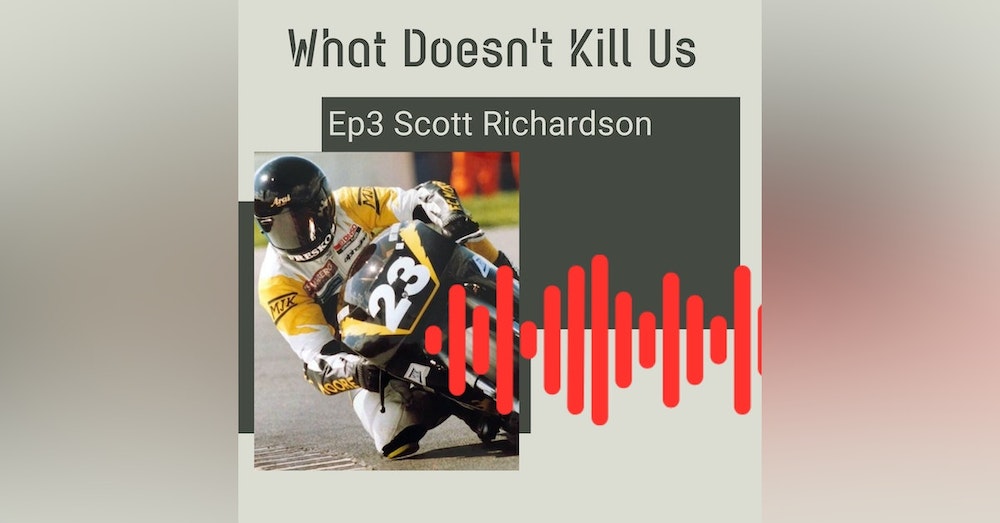 21 years ago this month Scott Richardson was inches from death after crashing whilst racing a motorbike at the Isle of Man TT.  He'd been riding motorbikes pretty much from the moment he could walk and grew up going to the TT with his parents and watching his Dad race. But in 2000 he hit a wet patch on the road, and smashed legs first into a stone wall. That was the end of his bike, and one of his legs, but not the last time he’d ride the famous track. It also wasn't the only time he'd defy death. He has since gone on to represent his country at badminton and golf, and starred in a number of Hollywood blockbusters. He now works at Pace Rehabilitation, helping others regain independence after amputation.
Find out more at www.instagram.com/whatdoesntkilluspodcast